BEYOND TURKEY'S REFERENDUM: WHAT REALLY MATTERS

Beyond Turkey's Referendum: What Really Matters?

In order to develop good corporate strategies, business leaders should understand the fundamental choices of Turkey rather than being blindfolded by the political noise.

Turkish people will vote on April 16 to decide whether President Erdogan should have greater executive powers. The Yes vote has a narrow lead in the polls, but the only thing that can be said with certainty is that the race is still in the balance. The media and pundits do not stop speculating about the outcome and its implications. While supporters of the constitutional amendment argue that the new system will bring stability and economic growth, opponents say it will establish an authoritarian-style presidency. In a highly polarized society like the one in Turkey, the legal provisions hardly matter. People will vote according to their senses and expectations about the future.

It's always tempting to get bogged down in the news avalanche. However, business leaders have the responsibility to filter the noise. This does not mean that the referendum is insignificant. On the contrary, it will be a milestone in Turkey's political trajectory. However, having a deeper look into Turkey's fundamental choices is probably as much necessary to make solid business decisions. 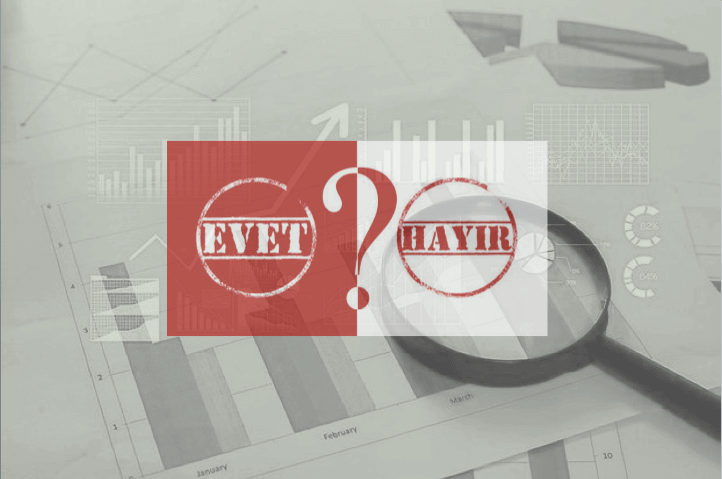 We suggest three main topics and some indicators to watch to assess how Turkey's political, economic and social environment can affect your business regardless of the referendum's outcome.

1. Institutional Transformation: Almost 100,000 people were dismissed from the public institutions since the failed coup attempt on July 15, 2016, charged with being linked to FETO, the terrorist organization accused of planning the coup. Consequently, most of the public institutions will go through a transformation period. How the new institutional capacity will be formed is a major question. We expect the bureaucratic processes will get more centralized, while the decision-makers will be extremely cautious. Businesses should carefully assess their institutional environment and develop public affairs strategies.

2. Structural Reforms: Despite the rapid economic growth since 2002, Turkey's GDP per capita has remained below the 10,000 USD middle-income trap threshold since 2010. While the country was one of the best performing emerging markets in 2016 with an impressive growth of 2.9%; inflation has reached 11%, and unemployment went above 12%. All eyes will be on the government's intention to implement structural reforms, most notably in judiciary, tax and education systems. We expect more robust incentive mechanisms to come into being to help stimulate the economy, without diminishing the regulatory control over the private sector.

3. International Repositioning: Turkey has witnessed a tense period in international relations, due to both clash of geopolitical interests and domestic political considerations. The populist dispute with the European Union, disagreements with the US over the extradition of FETO's leader and with Russia over the fate of Bashar al-Assad were the main issues in foreign policy. We expect Turkey to go through a rebalancing period after the referendum. The Turkish economy depends heavily on foreign relations (half of its trade is with the EU), its security is a part of the NATO umbrella, and Russia is the primary source of energy and tourism. The current international stance will unavoidably change, most likely towards a more accommodating one.

What matters for businesses is usually behind the daily politics. Going beyond the conventional wisdom might be a smart step for your business.