In recent years, solutions in the field of financial technology have started to increase gradually and brought practical expansions to life. Crypto money and the ability to pay over the Internet are also gathered under the fintech (financial technology) umbrella. In this article, we will examine the leading global fintech company PayPal.

PayPal is an online payment and money transfer system with a global vision. The company aimed to make it easier for consumers to shop on a wider area and generally pay more through the PayPal network. It has been realized that with the data that PayPal will collect in this context, it can increase satisfaction on both sides of the transaction. 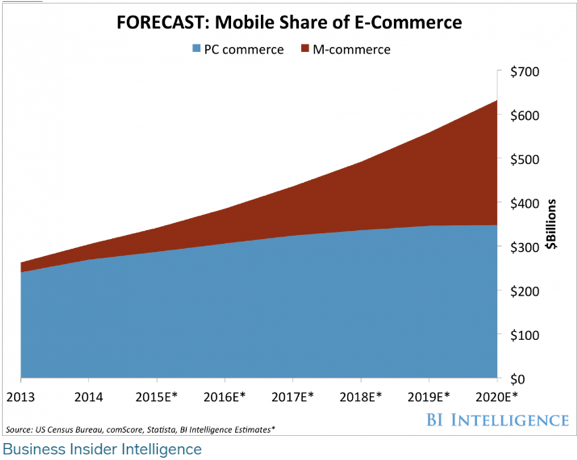 According to Business Insider's data estimate, retail sales in the U.S. are expected to increase in mobile channels by 2020.

Foreseeing the expansion of large e-commerce markets, PayPal decided to reach a wide network of business partnerships as of 2015. In this context, it started to move forward with the aim of establishing a partnership structure on large commercial groups in various companies. PayPal wanted to make sure that it becomes and stays as a part of the change in consumer behavior and purchasing activities wherever they take place [1].

Perhaps, the most controversial decision of this change within the scope of the targets that were set in 2015 was the partnership with Visa in 2016. This partnership has enabled further integration with the network of Visa. However, it has been found that PayPal no longer prioritizes the customer's PayPal account as the primary payment option in any payment transaction. While consumers were using PayPal's infrastructure, it was not desirable that the payment method requested for any transaction could be selected more than once. [2].

The benefit of the partnership with Visa was the increased volume of transactions on PayPal's network. On the other hand, people inside and outside the company thought this change would harm the company's economy. There was a concern regarding the provision of payment options with other services providers would reduce the margins [2].

The company made a key move by acquiring other organizations such as Paydiant and Xoom. Schulman and his team started the process of integrating the acquired companies into PayPal in a more harmonious manner and the associated technological transformation [4]. Thus, technologies and product philosophies were combined to create tighter integration and better product experiences for consumers. The new leadership team and mid-level managers are empowered to make decisions that will succeed in product structures to provide a richer and smoother end-to-end experience for consumers.

One of its main goals in 2015 was that PayPal was a globally open platform. The company continued to work together to successfully implement features that enhance usability, such as One Touch. Until 2017, the focal point was to “announce the global scale and scope of PayPal to our customers” [3]. Mark Morrissey, who spent nine years at Yahoo! before, joined PayPal in 2015 as vice president of product development. He was one of the key people who had to implement this vision at the product level.

Given the nature of the financial services industry, the creation of an uninterrupted solution addressing all these issues brought about a completely new form and way of working within the company.

One of the biggest product changes that the company made was the introduction of PayPal One Touch. Previously, consumers had to re-enter their personal information when transferring information between commercial sites and locations during the use of PayPal. PayPal One Touch has become one of the most rapidly adopted products in its history.Unlike other payment tools that may require a login and password, once the customer accepts it, One Touch seamlessly validates their customers on the background of their selected device.

As of 2016, 21 million consumers on a global basis selected the One Touch payment experience. In the fourth quarter of 2015, 59 markets were added in addition to the 203 markets where PayPal already operates. Consumers are now able to take advantage of such conveniences on multiple e-commerce platforms while using PayPal. PayPal One Touch feature has nearly doubled the cycle rates of transactions compared to older systems, reaching an average of 87.5% [3]. 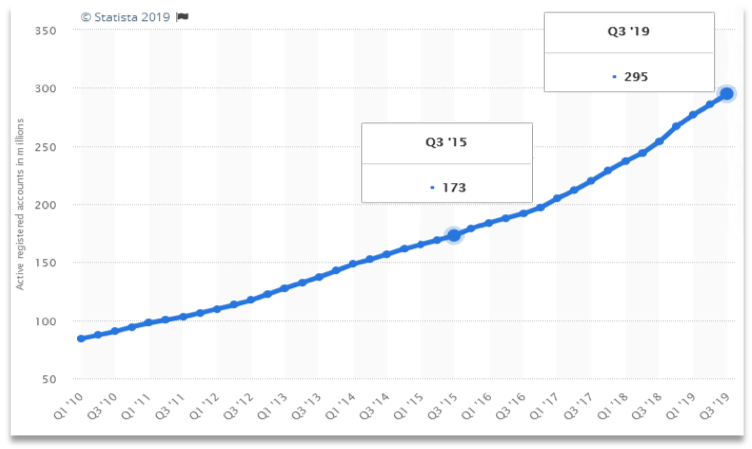