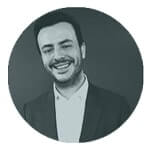 An Istanbul University alumnus, Mr. Kahveci began his professional career as desk editor in 2009 at NTV. He went on to serve as an editor/producer in various departments of NTV for the next five years followed by a range of communications roles in consultancy services, Grayling PR, Bersay Communications Consultancy, the British Consulate-General and the U.S. Consulate-General in Istanbul and British Council. The media relations campaign he co-managed on behalf of Grayling PR during the World Energy Congress was shortlisted by the International Communications Consultants Organisation (ICCO) for World's Best PR Campaign in Media Relations category in 2016 ICCO Global Awards.