Achieving business objectives in Turkey depends to a large extent on the public affairs skills of foreign firms. Executives should develop integrated strategies to connect with communities. Understanding their perception of the world is the first step.

The key takeaway for business leaders is that they need to allocate a good portion of their resources in building trust as they make business plans for Turkey. European and American firms have a better chance to capitalize on the existing favorable view of Turkish people.

An important driver of business success is the ability to build sustainable relations with stakeholders. Companies invest and operate in countries where noncommercial players, such as government institutions, communities and NGOs have vested interests. This is why it is crucial to understand their perceptions of the world in order to create sustainable commercial benefits.

In this report, StratejiCo. evaluates how Turkish people’s perception of the world can affect your business. Our analysis is based on two recent opinion polls: German Marshall Fund’s Turkish Perceptions Survey (face-to-face interviews with 1,018 respondents - July 4-13, 2015) and Kadir Has University – Turkey Social and Political Trends(face to face interviews with 1,000 respondents, Dec. 9-17, 2015).

The results are revealing as regards to why and how businesses should invest in building trust-based relationships.

Western World Is Favored in a Low Trust Environment

Turkish people have a rather skeptical view about the rest of the world. In both surveys, approx. 30% of the respondents say Turkey is better off when it “acts alone” instead of cooperating with other countries. 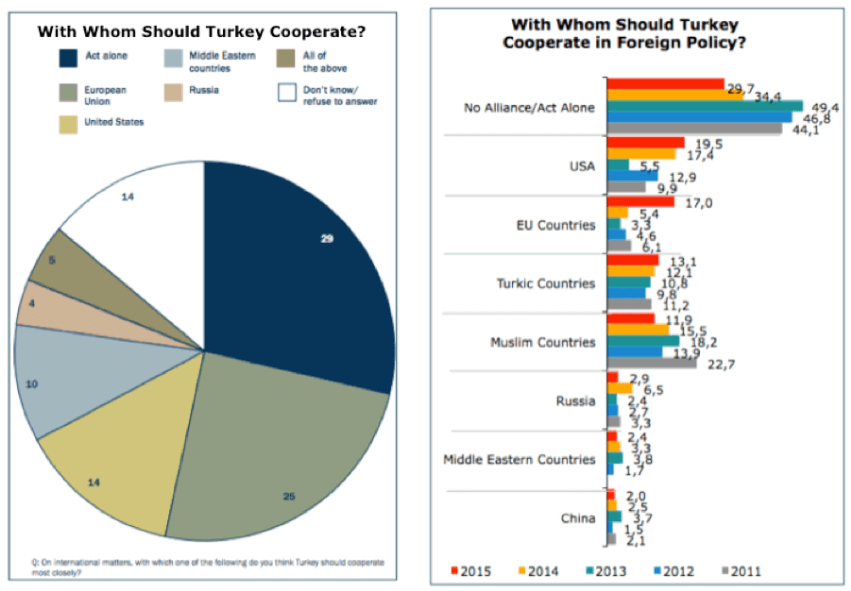 While Turkish people prefer the Turkish government to act alone at first place, they hold favorable opinion towards the European Union and the United States as Turkey’s partners. Kadir Has University’s findings demonstrate that the opinion to act alone has decreased to 29.7% in 2015 compared with 34.4% of 2014, and there is a considerable increase in support for cooperation with the European countries, from 5.4% in 2014 to 17% in 2015.

Considerable Support For the EU Membership, Driven by Economic Benefits

Despite ups and downs in Ankara’s long-lasting journey for full membership, majority of Turkish people still support becoming a part of the European Union. Turkey has obtained candidate country status in 2005, and it should be noted that the Syrian refugee crisis has recently brought both sides closer. 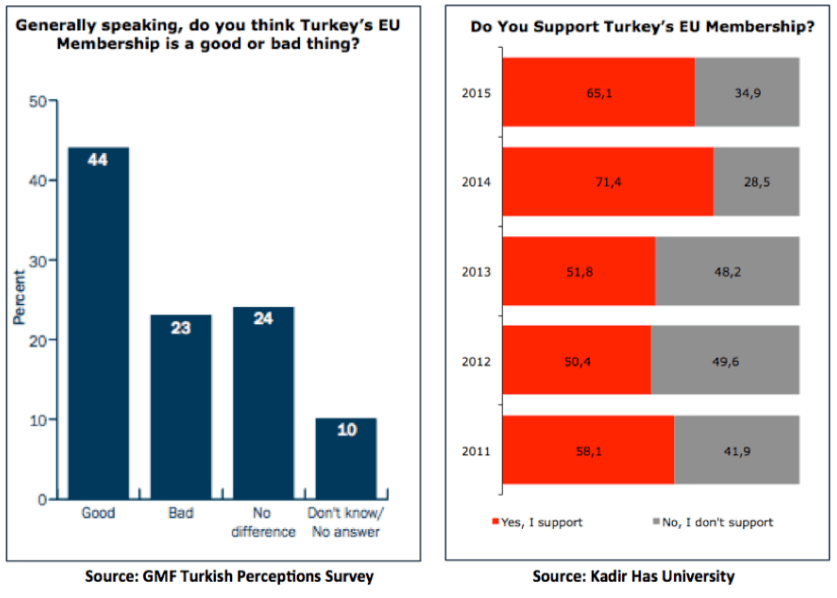 When it comes to the main cause of support for the European Union membership, both surveys demonstrate that the main driver is the expectation of economic benefits. 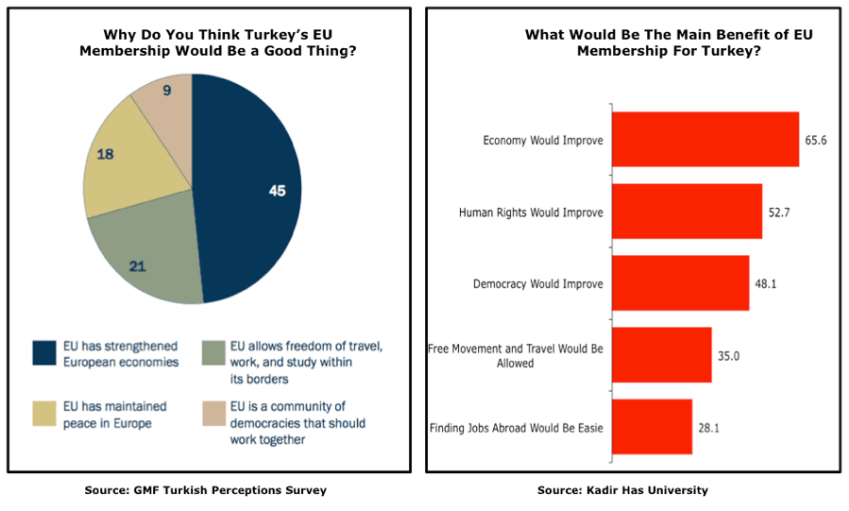 45% of GMF Survey respondents say EU membership would be good for Turkey because the EU has strengthened European economies, 65.6% of Kadir Has University survey respondents say economic development would be the main benefit if Turkey becomes a member of the EU. It is notable that Turkish people still see Europe as the source of wealth despite the economic downturn in Eurozone.

Ambivalence About Friendship With The USA

When it comes to considering the USA as a reliable partner, Turkish people have apparently mixed feelings. 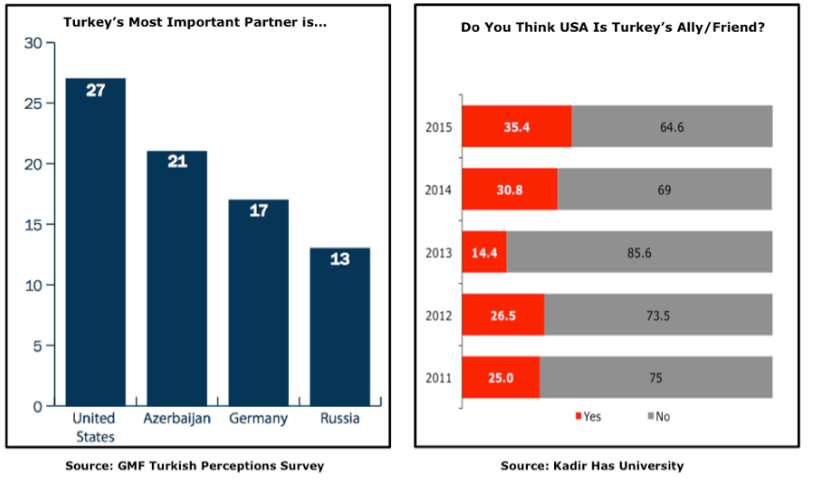 As the both charts demonstrate, the USA is seen as the most preferred partner among other nations. However, confidence in considering it as an ally/friend is considerably low, 27% and 35.4% respectively.

What It Means For Your Business

The two opinion polls analyzed in this report reveal one key message: doing business in Turkey means navigating in a low-trust environment. This is a crucial insight for all business leaders, regardless of their country of origin, industry services or products. To achieve business objectives and ensure sustainable success, firms need to develop strategies that integrate public affairs skills with commercial tactics. Turkey is a combination of knowledge and relationships. One without the other is ineffective.

Understanding Turkish people’s perception of the world is the beginning in building trust-based relations with communities, Turkish government and other stakeholders. It is often regarded as a cumbersome path. The trade-off businesses should make is between quick – yet risky – wins and becoming a reliable partner of Turkish people.