Recently, social media has been criticized for encouraging consumer culture and how it is used as a means of gaining social acceptance. But social media is not just about what we eat, drink or wear. It is a meeting point where individual reactions turn into mass ones. Sometimes, these reactions are expressed in forms other than just text, they’re also supported with visuals or phrases. Included irony or humor in them, they are called “meme”s.

In our article, we are featuring a meme that has been heavily circulated at the tail end of 2019 and has even been used in the New Zealand parliament by the 25-year-old Chlöe Swarbrick: “OK, boomer”. 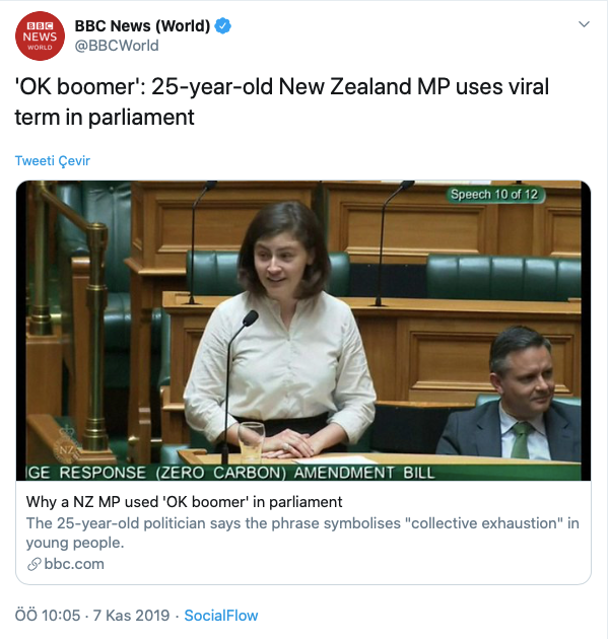 Gen Y and Z in Turkey have been frequently using this meme that emerged in the United States. But there are other reason behind the wild popularity of OK, boomer, which cannot be reduced just to humor.

What does “OK, boomer” mean?

“OK, boomer” is the abbreviation of the words “okay” and “baby boomer” which is used to refer to individuals who were born between 1946 and 1965. Gen Y - aka millennials - (born between 1980 and 1995) and Gen Z (born between 1996 – 2015) constitute one side of the discussions, whereas baby boomers constitute the other. Gen Y and Z are accused of destroying long-lasting industries and living in a completely different virtual world glued to their smartphones. On the other hand, baby boomers are being accused of being the creators of the socio-economic issues the new generations face nowadays. Discussions between generations heat up, and Gen Y and Z retort with “OK, boomer”. But what made the discussions heat up recently? How did “OK, boomer” turn into a phrase that expresses mass backlash? Let’s take a closer look.

Why did “OK, boomer” become so popular?

It is hard to pinpoint exactly how and from where trends emerge. Someone other than us wondered who used “OK, boomer” where and where for the first time and made their research. According to Felipe Hoffa’s findings [1], it first appears on popular American medium Reddit in 2009. The phrase has been shared on and off both on Reddit and Twitter by multiple users. In a recent video shared on today’s popular social medium TikTok, a man who is assumed to a baby boomer says that millennials and Z have Peter Pan syndrome and don’t want to ever grow up. He also adds that the utopian ideal of a more equal world will fade away, and they will realize nothing is for free. And that’s where the rope breaks. Individual backlashes of young generations grow enduringly and “OK, boomer” turns into a backlash of masses. Backlashes are not just aimed at a single video, but the strings between generations have been tense for a while now. In an article published in the New York Times, “OK, boomer” has been referred to as “a rallying cry for millions of fed-up kids” [2] which stresses that this backlash stems from different backgrounds. With a history dating back to 2009, “OK, boomer” becomes viral in 2019.

Where does generational conflict stem from?

As time passes, the world changes, and so do the perspectives of people. The change in the circumstances from 40 years ago to today deepens the gap of mindset between generations.

Young generations argue that the economic, social and environmental problems they face today are the outcome of decisions that baby boomers have made years ago. Everlasting wars and economic crises stem from the decisions they made in the past and continue to make as today’s rulers. In the past year, youth has become more aware of environmental issues – thanks to Greta Thunberg for her protests against climate change. The youth called older generations for action to leave a better world for upcoming generations. Besides worldwide problems, baby boomers have been pointed as a target for economic difficulties that rose after the economic crisis in 2008, increasing student debt and unemployment in the United States. As a response, baby boomers claim that young generations care only about popular problems, and the world they live in is just about virtual one full of utopic ideas.

As much as new generations care for environmental and economic problems, they stress how new governmental orders are dominated by baby boomers. If we look at the British election results in 2019, young generations support mostly the Labour Party, whereas we see a sharp increase in the shares of the Conservative Party in parallel with an increase in age [3]. It is also apparent in Brexit elections. Today’s decisions affect the future of the youth. The future heads for a direction the youth does not want to. 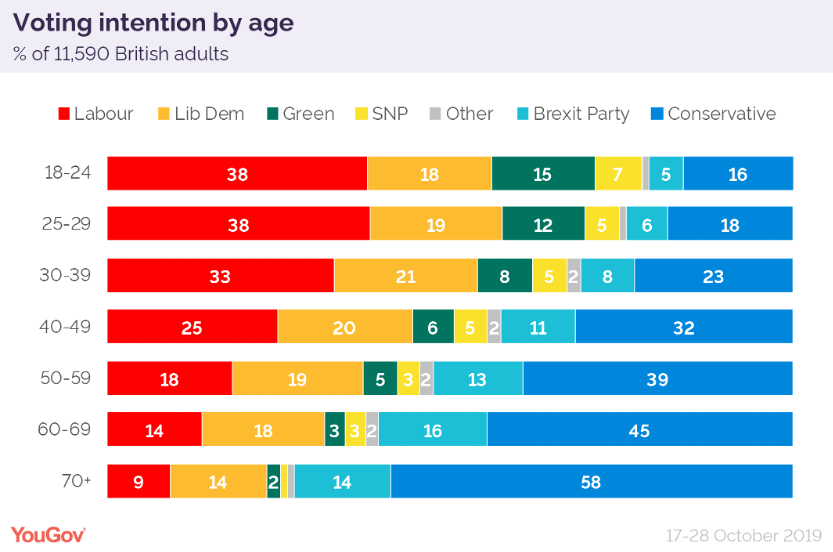 “OK, boomer” is said to be an expression of ageism. However, Gen Y and Z use it as a response to the mindset that “lags behind, not open to novelty, not able to comprehend changing circumstances”. The response to such claims becomes “OK, boomer”. Youth can even respond to each other with this meme if they show any of this mindset. 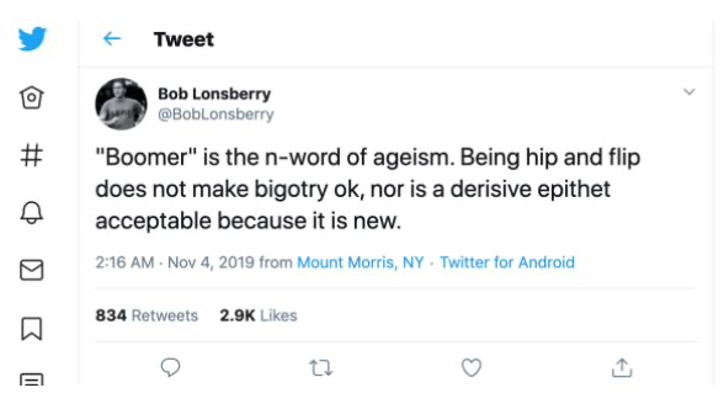 How did young generations in Turkey react?

“OK, boomer” has become popular among young generations in Turkey as well. According to data revealed by the Turkish Statistical Institute in August 2019, the youth unemployment rate was 27,4%, and according to November statistics, the inflation rate was 10,6%. In the world of rapid technological change where the economy cannot catch this pace, youth struggle to get by. At the same time, they take over the burden of the aging population e.g. retirement pension. Baby boomers argue, on the other hand, that the youth only struggles because of their idleness and greed. As a response to the advice of older generations that starts with “In our time…” or “When I was your age…”, youth say “OK, boomer”. 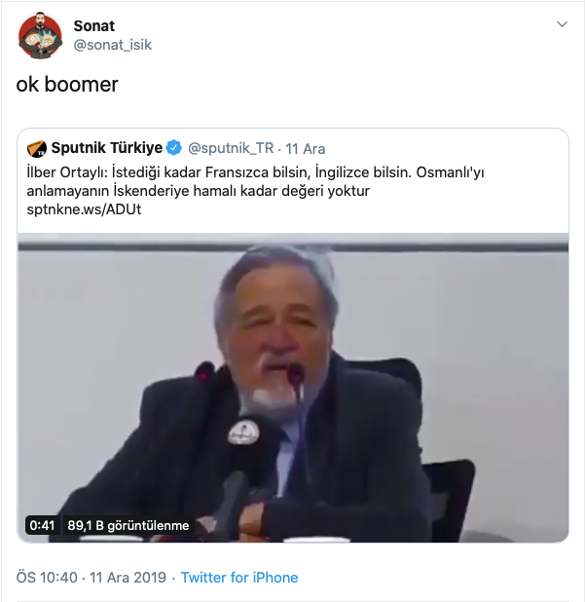 The answer: Change of expectations across generations

In the world, there are many technological, social, environmental and economic changes. Under such circumstances where the value of money does not equal today’s, we observe that thoughts and behavior change at a fast pace. While this pace increases, the gap between generations deepens. One generation does not understand the expectations of the other and there rise new conflicts. The real questions we should ask is: “How do expectations change following changing circumstances?”. We will discuss how the expectations of generations change over time and touch upon the perspectives of Gen Y and Z in our upcoming articles. Stay tuned!