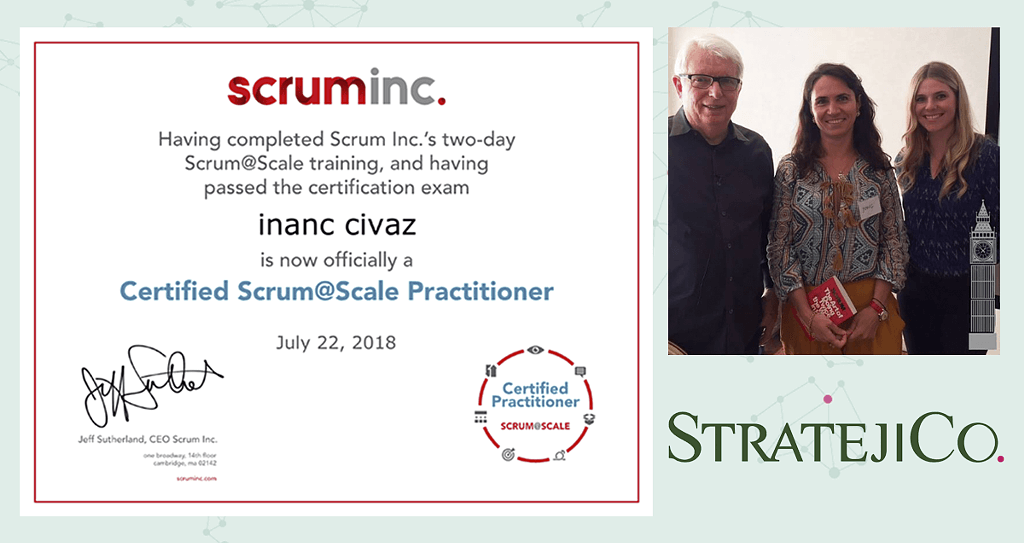 Our managing partner, İnanç Civaz, got the Scrum@Scale training which is about how the Agile approach will be spreading inside the organizations. After successfully passing the exam, Civaz has obtained her certificate.

Scrum was developed to improve the processes in the software world, became the most efficient method for many international companies that adopted the Agile approach. In fact, Scrum is an American football term, but in the business world, it is defined as an administrative tool to develop, deliver and sustain complex products.

Jeff Sutherland who signed the Agile Manifesto which is created to review and improve the software processes in 2001, is one of the creators of the Scrum framework. Sutherland began his career as a fighter pilot and continued in the field of biology at Stanford. He thinks that change, just like a biological cell encounters the immune system, will initially have resistance from environmental factors. However, as long as the process is going on in a healthy way, adapting to its environment will affect it positively. The Scrum@Scale approach is also based on the positive impact of the establishment of a robust Scrum team and its effect throughout the organization.