THE WORLD MAKES DECISIONS BASED ON DATA, TURKEY ON IDEOLOGIES

The World Makes Decisions Based on Data,
Turkey on Ideologies

Following is an excerpt of an interview by Selcuk Sirin (Associate Professor of Applied Psychology at New York University – Steinhardt School of Culture, Education and Human Development) with Al Jazeera Turkey. Dr. Sirin is a statistician who works on social development and education, and is also author of the book “Yol Ayrimindaki Turkiye” (Turkey at Crossroads). His research interests and publications can be found here.

In this article (published by author’s permission), Dr. Sirin shares his view the challenges Turkey faces in governance, technology development and critical thinking.

According to Dr. Sirin, Turkey’s main problem is the governance of decision-making. Decisions in Turkey are made through ideological lenses, whereas it should involve more data, as is the case in the developed economies. Dr. Sirin argues that Turkey cannot develop its own technology, for which critical thinking is a prerequisite. The emergence of technology and innovation does not only depend on greater investments in R&D. After all, it is people who will develop the technology. And the root of innovation is the free existence of criticism.

As the chart below demonstrates, Turkey is not in a good position when it comes to critical thinking. According to the OECD survey executed among 15 years old children, the percentage of critical thinkers in Turkey is 2,2% while the OECD average is 12%. The same rate is 28% in South Korea, home of global brands such as Samsung. 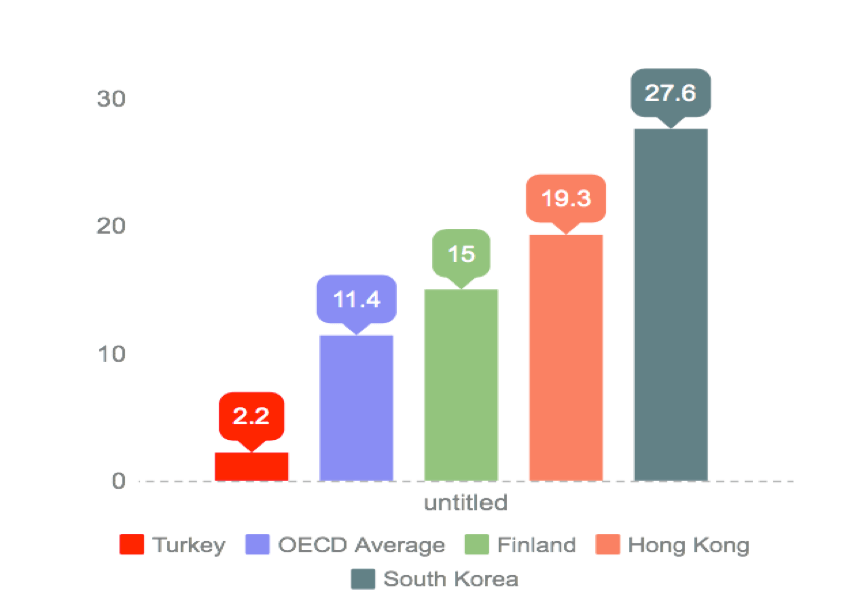 Dr. Sirin takes a broad view regarding the application of technology and argues that it should not be confined to the use of computers. Instead, the Turkish private sector should focus on high-value-added productions. In today’s world, it is necessary to add wisdom, logic, art, creativeness, and design into everything we do. There are only a few differences between smartphones in terms of technical specifications, but iPhone is the most popular due to its unique design.

"In today’s world, it is necessary to add wisdom, logic, art, creativeness and design into everything we do."

There is no Turkish brand in the top 500 global brands. This is caused by lack of investment in art. For instance, 80% of hazelnuts are produced in Turkey but Nutella is not a Turkish brand. The industrial segment in textile is much more developed in Turkey than Italy. However, Turkey does not have a global brand sold in international boutiques. The same goes for agriculture and tourism, which are among the most important economic sources. Turkey will remain backwards if it cannot add high value to these sectors.

While sharing his opinion on education and development, Dr. Sirin makes a comparison between Turkey and other countries that manage to get over the middle-income trap. Countries such as Japan, Finland and South Korea developed their education and industry in a progressive and gradual way. Japan followed-up the developments in the US during the 1970s and created her way in technology. Japan produced the first digital devices, aiming to be a player in the new game. This case is almost similar in other countries, achieving to create value and getting through the middle-income trap.

Turkey should follow a similar path to become a player in the new industrial revolution. As for the education part, Finland started to make a long-term investment in education starting from the 1970s when 70% of the Finnish population used to live in rural areas. However, Finland’s GDP per capita is now 30-40.000 USD thanks to prior investments on R&D and innovation as well as critical thinking mentality given during the primary school period. On the other hand, the average student in Turkey scored 462 in reading literacy, maths and sciences, lower than the OECD average of 497. Therefore, Turkey should invest in education to become a player in the new industrial age - by jumping through the middle-income trap and gaining a competitive edge. 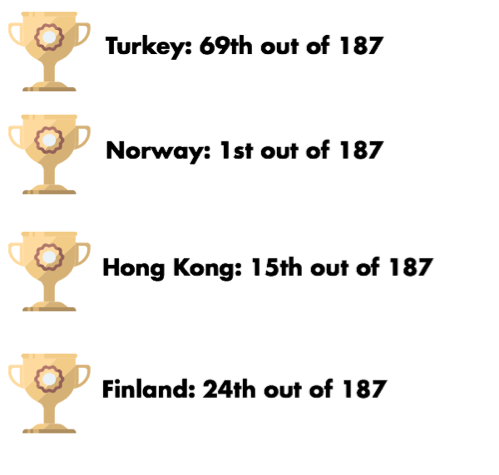