WE ARE ALL FRANK!

We are All Frank!

“Such women I loved, already not existed” 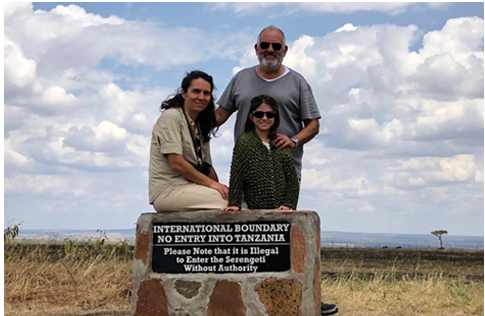 Some people change the world. Some adapt to it. Some already do not exist.

In many pieces of research, it is demonstrated that the personal characteristics of people who change the world are different.

Hariri, a historian, a recently widely read author, writer of “Homo Sapiens”, claims that the reason behind the world’s retrogradation and dissociation is non-existence of new leaders with huge visions. In contrary, the Dutch Prime Minister was elected with his rejection of the necessity of a vision. According to him, the only essential thing for an individual is doing a personal job well. On the other hand, Erdoğan always mentions that the most important thing is the “cause” and the US President Trump gives priority to his voters’ interest.

Whatever we call it, either vision or cause or business, the world is absolutely going somewhere. From my point of view, understanding where the world is going and associating it with our job is a way to feel valuable since we can’t simply stop the world and get off at a random station. I believe, the existence of people not contributing to the world, setting, job or family can be ignored.

Furthermore, I think big leaders are important but not enough. The “information employees”, who try to be the best in their job instead of having material expectations from it, who find meaning by this creates the real difference. These employees already became the majority. Some of them are employees and entrepreneurs at the same time.

Now I want to introduce to you an interesting person from this generation. 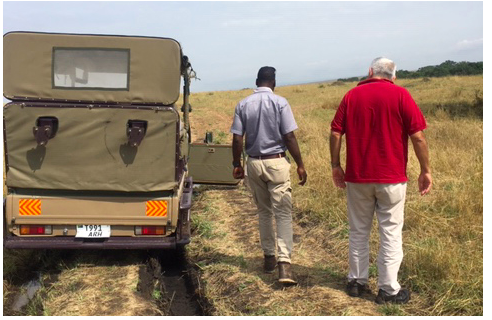 In the recent past, I went to Africa for a safari tour. My curiosity has started to increase when I met with Frank after we got off from our small plane with 9 seats, which always acted like coughing and in need of an emergency landing. My excitement was a mix of Hemingway and Mister No. It was more intended to the people instead of animals.

Frank is a lively young man at the end of his twenties. He is a slim and tall, very handsome African with a 1.85 height. He says, after studying Computer Science, he decided to become a safari guide. His dad is also a safari guide and of course, reacted a lot to his decision. When I talked to his father, he clearly showed his anger to his son, but also showed that he is proud by saying: “I taught him everything he knows right now.“

Frank confirmed this with respect, but when his father went away, he voiced his real thoughts by saying “I didn’t even learn 5 percent of what I know from him” to me. Frank didn’t become a safari guide because of an obligation. Even in Tanzania, IT employees earn a lot of money and public show them respect. Moreover, safari guiding is a tough job. A person really needs to be unemployed or love this job for waking up very early and driving after wild animals with an off-road vehicle until the sundown.

In our conversations with Frank, he always tried to tell me why he loves this job and repeated “I wanted to work in an open office.” many times. For him, an open office is the nature itself but for his father, safari guiding is not a very respectful occupation, it can be done only for money. It is a clash of generations, but not a typical one.

Doing his job well is a passion for Frank. For instance, rhinoceros is a rarely seen animal in Tanzania. In a morning, he was informed about a rhinoceros from the transmitter. It was not seen for two weeks in the whole region. He shouted as “Hold on tight!” to us and started to drive his at least 15 years old Toyota Land Cruiser at a speed of a Ferrari. For a couple of times, I jumped from my seat almost 50 cm and my respect for the seat belt increased. After 20 minutes, which we felt like hours, the rhinoceros was 3 meters away. It was glaring at us and ruminating.  The victory smile on Frank’s face was telling a lot.

Once, I watched Frank when he was enthusiastically telling the small bug on the floor eats the other pests, how the number of pests increased when once they have drained away to my 9 years old daughter. Even though my daughter doesn’t speak very good English and Frank has a bold African accent, it was interesting when they spoke about a documentary, they both watched on National Geographic. At the end of the conversation, they agreed on that harming even the smallest part of the ecosystem might end up with unexpected results.

For Frank, money is important because of two reasons:

Firstly, the demand for him was proof of his boss’ appreciation. Similarly, if the tips he received is higher than the others (especially his father), it shows he is better than the others. Secondly, he wants to make his job sustainable, so that he believes he needs to save money and buy a house. Maybe he dreams of becoming the boss of his job. 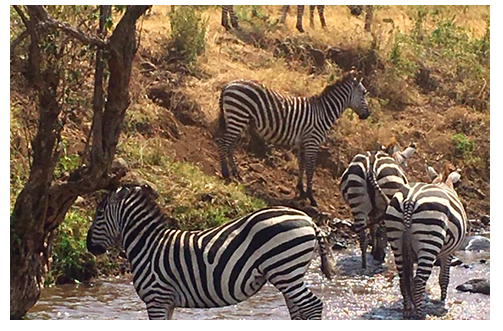 But there is a barrier which he can’t pass alone: Environmental change. If the environment changes as the scientists think in contrary with what Trump thinks, probably people would only be able to go for a safari in a very limited region, or they will be confined with the animals at zoos.

Frank does his best by telling his experiences or knowledge he got from information sources such as the National Geographic to the other people. Unfortunately, this is not enough for him to get rid of his worries.

I hope Frank’s worries will not come true.

I felt respect and love towards Frank so that I recommended him to my friends who want to go to Africa.

If we want the new generation to like us, work in our companies, become our clients and react against attacks targeting us, we have to start by understanding their expectations.  Like Frank, they also hope their dreams come true and their worries disappear. They like and show respect to the companies which contribute to their dreams. Working in this kind of companies motivate them.

I believe the distinct strategy is this.

Like the humans, business’ divide into three: Some change the world, some adapt to it and some as Atilla İlhan says, simply do not exist. 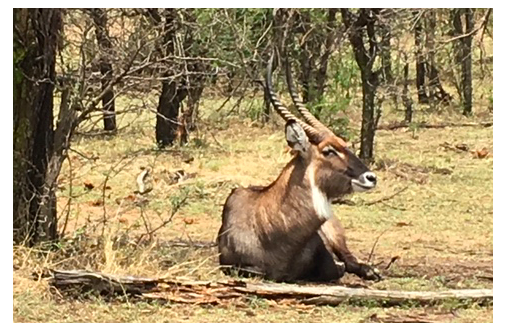