FROM TRADITIONAL TO INNOVATIVE: THE SUCCESS STORY OF NETFLIX

-  Netflix will invest $ 1.3 billion in technology this year, according to a 2019 interview with Netflix, founder CEO Reed Hastings. In 2018, he spent $ 8 billion on content generation and licensing to get 1,000 original releases. He was nominated for 112 Emmy Awards this year and broke HBO's top 17-year record [1].

-  Netflix, which started out in 1997 with the entrepreneurship of sending selected films to customers via cargo, is now among the technology giant companies.

How about taking a quick look Netflix 's success story? 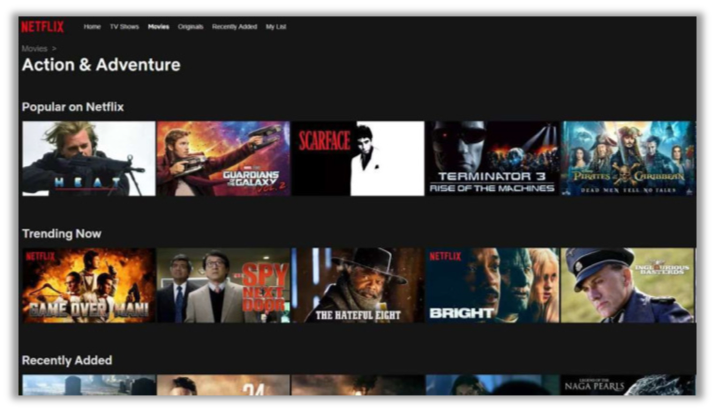 HOW DID THE NETFLIX’S STORY BEGIN?

Netflix was founded in 1997 by Reed Hastings and Marc Randolph, who foresee that DVDs will gain momentum when DVDs are new. In April 1998, Netflix launched a website offering customers the opportunity to rent or purchase DVDs. The library, which includes rental DVDs, contained many films and the rental process worked with a traditional movie rental store model. Customers would choose the movies they wanted online and Netflix would send them the DVDs they had chosen by cargo for 1 to 5 days. Movies were available to customers for 7 days and then returned to Netflix [2].

WHAT WAS THE PROCESS OF NETFLIX’S JOURNEY?

Netflix had a payment system of $ 4 per DVD and $ 2 per shipping and delay fee. Hastings and his team integrated business models from leading e-commerce retailers such as Amazon and e-Bay, focusing on value creation, convenience and customer preferences. However, Netflix's number of subscribers has dropped dramatically. [3].

Netflix customers complained about the long wait for movies that they already had the chance to rent at almost the same price from any physical DVD rental store [3].

Hastings changed the company strategy to solve this problem. According to this strategy, he introduced a subscription system that cost customers $ 15.95 a month, and developed the Marquee online program. With this program, customers would be able to select 4 movies per month from the online library, which contains 250,000 DVDs with 2,300 titles, with no delay and shipping costs or deadlines, and these movies would be sent to customers. [4]. Customers decided on the online ranking of the titles they wanted to rent through this platform and the desired DVDs in that title were sent to the customers with an algorithm system that determines the customer's wishes and whether the title exists in the Netflix library. In addition, when the person returned to a title, the film in the next row of the title selected by the customer was automatically sent to the customers. [5]. In this way, there was always a film at home, so that the disadvantage of delivery time was turned into an advantage. Soon after, Netflix introduced an unlimited rental system. Customers would be able to watch 3 movies at the same time and change movies as often as they wanted.

These strategy changes have attracted the attention of customers in that they have the opportunity to watch movies at any time. In addition, Netflix attracted potential customers with a 14-day trial period. Subscriptions of users who did not cancel their subscription at the end of this period continued. Nearly 90% of those who used the trial period at that time did not cancel their Netflix subscription and continued to use the platform for money [6].

Since the time we started watching movies online, the company ended the DVD sending process and established the payment system over the online platform. He continued this with different algorithms and innovative ideas. Netflix, which increases the number of its subscribers every year, has a very high number of subscribers as of 158.3 million nowadays [7].

Since its establishment, Netflix has come to the forefront as a company with significant data on customer demographics and data. One of the company's main goals was to create a personalized film suggestion system called Cinematch. In this context, having a database of approximately 200 million users was only one of the company's strengths. The concept of long-tail is at the heart of the development of the Cinematch algorithm. [8,9] The Cinematch algorithm was launched in February 2002 and is now actively used under the name Common Filtering System (CFS). CFS aimed to estimate the customer's preferences by comparing the user's (customer's) past and similar preferences [10]. 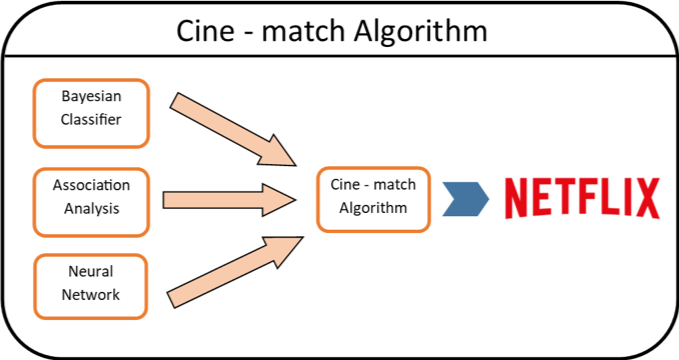 Through all these studies, CFS algorithms made recommendations and predictions for a particular individual based on information gathered from different people. To take advantage of the Cinematch algorithm, Netflix members were asked to rate at least twenty films using a five-star rating system. Cinematch used these ratings to create a film profile for themselves. The more votes a member voted, the more accurate the referral system worked. Netflix ratings aimed at improving the system by looking at correlations on a linear model [11].

Netflix generally decided to use the concept of “community wisdom” to develop Cinematch. In this context, it has paved the way for people to contribute to their algorithms with new approaches with various award contests. This method is actually one of the principles laid down in the oldest mass-sourced developments. In this context, Netflix's main goal was to provide a competitive environment in which a sponsor identified a specific problem, awarded cash and invited people to come up with solutions. By this way, Netflix algorithm was developed with different approaches and increased brand awareness. [12].

Netflix continues to offer personalized profiles to its members and meet their unique wishes with a rich video archive, with algorithms based on people's preferences and viewing habits, each optimized for a different purpose. [13]. 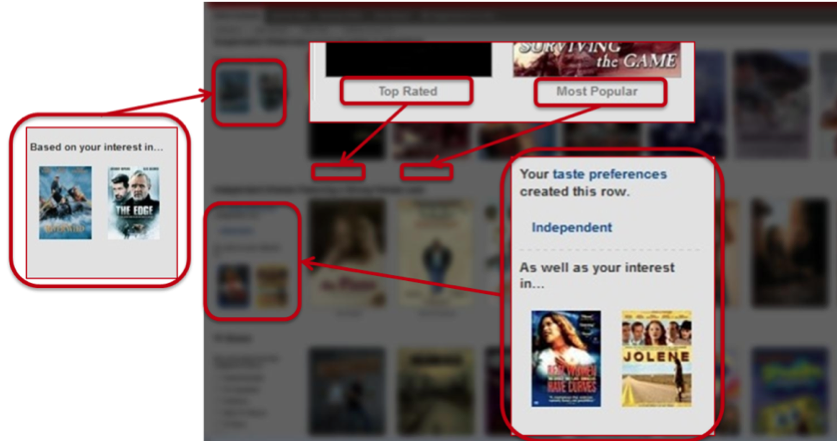 WHAT ARE THE EFFECTS OF THE INNOVATIVE BUSINESS MODEL? 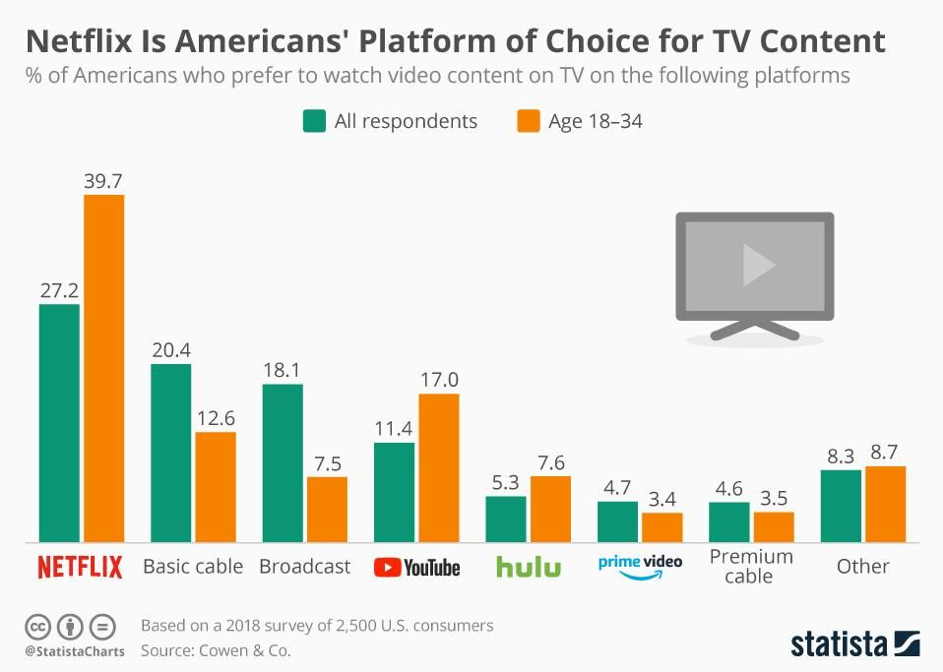